Teacher Suspended For Video Of Student’s Hijab Being Ripped Off

A teacher who worked for New Vision Academy Charter School, was suspended after video of her pulling a students hijab off went viral

A teacher was suspended after a short video went viral last week of a teacher pulling of a Muslim students hijab exposing her hair and posting the video on her Snapchat account.

The incident occurred in a classroom at New Vision Academy Charter School located in Nashville, Tennesse. The footage shows the teacher gripping the girls scarf as the student covers her face she slowly peels off her scarf as the caption reads "pretty hair", a second video was posted which exposed the students entire head and was captioned, "Lol all that hair cover up!!!".

The Snapchat video was recorded by one of her followers and sent to a local news network.

The principal of the charter school, Tim Malone, was contacted and he stated after questioning the suspected teacher, the teacher denied making the video and said the girl's hijab was not removed out of disrespect.

The school released a statement to the public regarding the Islamophobic incident:

"New Vision Academy is a diverse school. As a school community, we pride ourselves on embracing and celebrating our racial, ethnic, religious and economic diversity. Our students learn, and grow, best when they learn from one another. To foster this environment, all students must feel respected and supported.

The school is investigating the incident further and has suspended the teacher without pay. 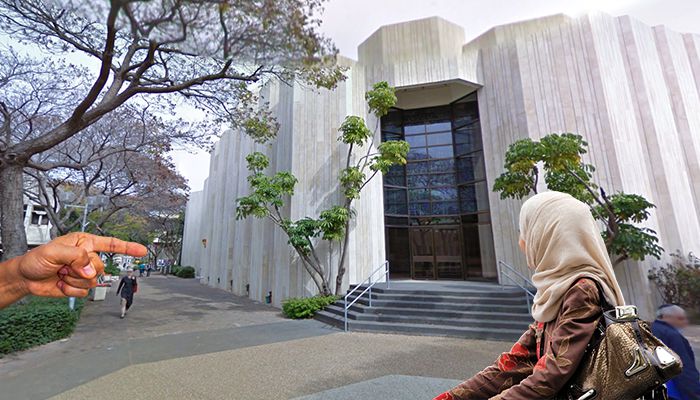